Tara McGillicuddy welcomes John Holland to the Empath Now Podcast. Tara and John discuss some protection strategies for highly sensitive people and Empaths. John explains both the similarities and differences between highly sensitive people and empaths. John makes listeners aware of the signs to look out for to know if you may be too sensitive.  He also shares some common situations when it may be beneficial to use protection strategies. 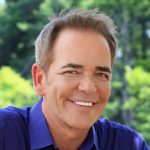 John Holland : Internationally renowned psychic medium, spiritual teacher, author, and radio host. His public demonstrations offer audiences a rare glimpse into the fascinating subject of mediumship, which he delivers in his own unique style, explaining the delicate process of raising his own vibrational energy to link with the spirit from the Other-Side. He’s able to deliver messages, which he does with clarity, passion and the utmost integrity. John has spent a significant part of his life developing his psychic and mediumship abilities, and he spent two intensive years studying in the UK, where he got the thorough grounding and training to become one of the most sought after professional mediums on the world stage today!

He has starred in several TV specials, including A&E’s “Mediums: We See Dead People,” which provided a fascinating insight into how John works as a Psychic Time Machine, where he’s able to pick up vibrations and detailed information, whether it’s seen, felt, or heard from a past event. He also starred in his own pilot “Psychic History” for the History Channel.

He is the author of the best sellers: Power of the Soul, Psychic Navigator, Born Knowing, The Psychic Tarot Oracle Deck, The Spirit Whisperer – Chronicles of a Medium, The Psychic Tarot For The Heart, The Spirit Messages – The Daily Guidance Oracle Deck as well as 5 top-selling Apps and numerous online workshops based on his signature workshop series. His latest book: Bridging Two Realms Publishing date February 2018.

John hosts his own Internet radio show on Hay House Radio, called “Spirit Connections,” which has been running for over 12 years He says, “If I can help people connect with someone on the Other Side, and bring peace, comfort, and perhaps some closure, then I feel as though I’ve done my job.” 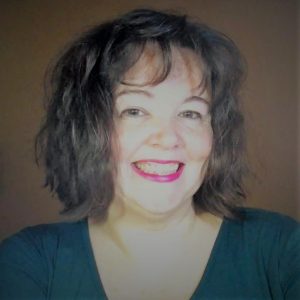 Tara McGillicuddy described by those who know her – clients, fellow leaders, and community – as dedicated to the deep, soulful energetic-level shifts required by life. Whether she’s helping to SEE your life more clearly, identify where you’re stuck, tuning into sacred energies OR she’s helping to build a practical life with tools, structure, physical help and precise action steps, she is committed to giving everything she knows to help you live your best life and to feel fulfilled by it.

Tara has been known and celebrated in the ADHD community for decades of practical and long-lasting shifts in tens of thousands in her communities. The creator of ADDClasses.com, The ADHD Awareness Expo and ADHD Support Talk Radio Tara is one of the longest-standing leaders in the field. Over the years she has also honed her natural skills as an empath. She now also combines the rare gift of sight and energetic knowing and her latest project is Empath Now a resource to help Empower Empaths.

2 replies to "Protection Strategies for Highly Sensitive People and Empaths"